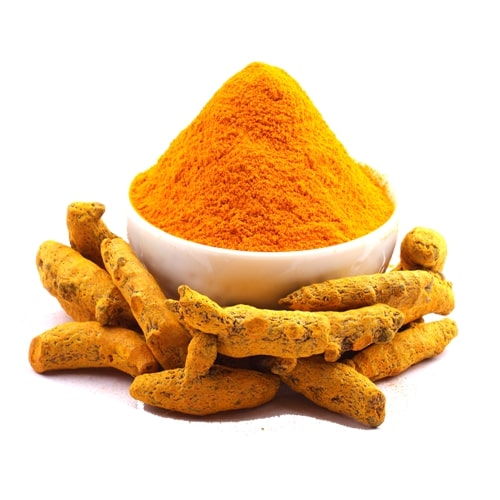 Description : Turmeric is a spice which can enhance the tint of any Dish. It has been used in India for over thousands of years as a spice and also as a medicinal herb. The world of science has recently concluded the efficacy of turmeric which we Indian have known for a long time. Turmeric has been used in Asia for over thousands of years and is a major part of Ayurveda, Siddha medicine, traditional Chinese medicine  and the animistic rituals of Austronesian peoples. It was first used as a dye , and then later for its supposed properties in folk medicine.

Rhizome scale
Rhizome scale can be controlled by applying well rotten sheep manure @ 10 t/ha in two splits (once basally and other at earthing up) or Poultry manure in 2 splits followed by drenching Dimethoate 30 EC 2 ml/lit or Phosalone 35 EC 2 ml/lit.

Nematode
Avoid planting turmeric after Banana or other solanaceous vegetables.  Plant only after taking suitable control measures. Apply Carbofuran 4 kg a.i./ha twice on the third and fifth month after planting the rhizomes.

Irrigation/Cultivation
Intercultivation
Onion, Coriander and Fenugreek can be planted as intercrop on the sides of the ridges 10 cm apart (250 kg seed Onion/ha). Redgram and Castor can also be planted at wider spacing. Weeding can be done as and when necessary. The plants are earthed up at the time of 2nd and 4th top dressings.