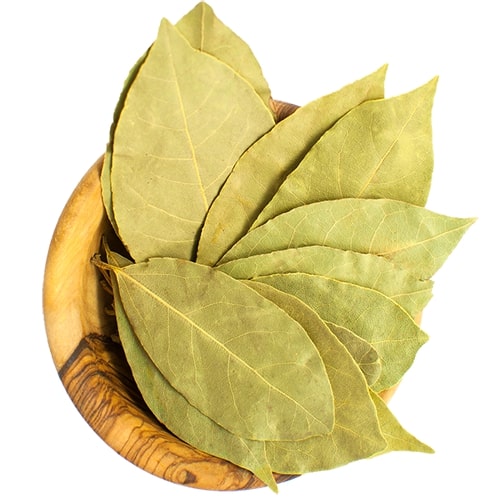 Bay leaves come from several plants, such as :

Taste and aroma:
If eaten whole, bay leaves (Laurus nobilis) are pungent and have a sharp, bitter taste. As with many spices and flavourings, the fragrance of the bay leaf is more noticeable than its taste. When dried, the fragrance is herbal, slightly floral, and somewhat similar to oregano and thyme. Myrcene, which is a component of many essential oils used in perfumery, can be extracted from the bay leaf.

Varieties :
Indian Cassia also known as Tejpat (Cinnamomum Tamala) is a small to moderately sized ever green tree. The leaves of this tree is the spice having clove like taste and a faintly pepper like odour. The tree has height up to 7.5 mtr with zigzag branching, trunk up to 95 cm girth, bark rough, dark grey to reddish brown in colour

Management
To start with, nurseries were raised through grafting method in convergence with Horticulture department. 32 SHGs were selected for raising nurseries.It is estimated that after the end of the third year the farmers will earn about Rs. 500.00 per plant per year and after 6 years the farmers will earn around Rs. 1,000.00 per plant per year. In the meantime, the farmers have also been encouraged to resort to intercropping. Vegetables or pulse can be practised for inter-cropping for initial 1 to 2 years and later any shade loving crop can be cultivated. It is hoped that the farmers will get financial security by growing bay leaf.

Irrigation/Cultivation
These trees require full sunlight. They grow well in warm and moist climates. Bay leaves grow well in fertile, well drained soils with good organic matter.They thrive best in the soils with PH of 6.0 to 8.0.